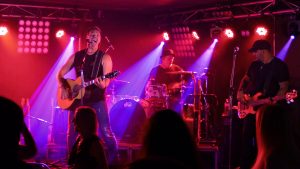 May 2018 saw Troy Kemp go on the road with the Viper Creek band for a mini tour of Goulburn and Albury. Both nights saw full capacity crowds in what was a kick butt night of country rock and roll.

On the first night in Albury, the band was  also joined by Greta Ziller who played some acoustic versions from her new album Queen of Boomtown. The album and more details can be found on her website.

The Viper Creek Band kicked off the show, with a fun packed set comprising of originals and some cover songs. Here is some footage from the show.

Troy Kemp kicked off with songs from his current album Against the Grain before showcasing his new single Beach Mode. During the night he rocked out some McAlister Kemp songs from the past before finishing off with Damien from The viper Creek Band in their new duo project Tailgate Drive 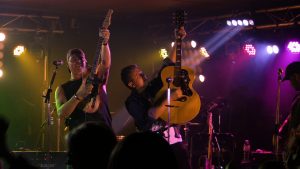 Running In The Shadows at Mittagong RSL