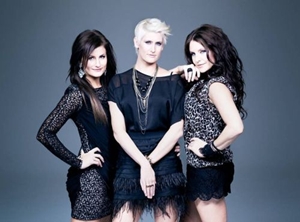 The McClymonts at Goulburn Soldiers Club

The McClymonts performed at the Goulburn Soldiers Club as part of their Acoustic Harmony Tour on Friday November 22.

The McClymonts have come a long way over the last few years. They have now released three albums, with their newest offering – Two Worlds Collide – taking out the ARIA Award for Best Country Album 2012, just as its predecessor – Wrapped Up Good– did in 2010. The Acoustic Harmony Tour will be a showcase of The McClymonts songs and harmonies, presented with all musicians playing acoustic instruments, in an event unlike any McClymonts’ show fans have ever seen before.